I just discovered the song “Sunday Drive” by Brett Eldredge and played it for Rick as we drove through our mountains yesterday on Grandparents’ Day. Tears filled our eyes as we realized the song described the legacy of his parents. When Rick was a little boy, his parents loved to take Sunday drives after church—seemingly drives to nowhere that were a bit boring for four rambunctious little boys piled into a car in the 60’s with no seatbelts or AC. But like the lyrics of “Sunday Drive”—those were some of the best of times for their young family as Roselan and Dee taught their boys life lessons without words.

A recent widow, Roselan is our daughters’ only living grandparent and they adore her. It’s been months since we’ve seen her due to Covid and I miss her.

Thankfully, Roselan is still thriving and healthy at 87-years-old. Born on a farm in Albion, Nebraska, I love that Mom Dunagan drove a Model A on country roads in snowstorms to teach at a one-room schoolhouse before she was married to her beloved Dee. She raised four little boys—the second being my favorite—who all grew up to be hard-working and loving husbands and fathers.

Roselan is a cancer survivor who bravely fought stage 4 lymphoma fifteen years ago. I remember being in tears back then, wondering if she would survive long enough to be at our daughters’ weddings one day. She not only survived, she thrived. A favorite memory with Mom is when she met me and my girls in New York City to celebrate their high school graduations—three generations of Dunagan women running through pouring rain after a Broadway show to get ice cream at midnight at the famous Serendipity restaurant. 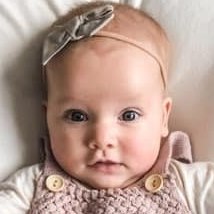 Our granddaughter is Roselan’s namesake. Baby Quinn Roselan just turned one and she is beautiful like her great grandmother and seems to have her sweet spirit and sense of humor. I pray she grows up to be a lot like her Great Grandma Roselan, including carrying on the Norwegian tradition of making Lefse and Lutefisk on Christmas Eve.

The older I get, the more I appreciate this remarkable woman and her legacy. Her greatest gift has been a lifetime of prayers over our family, and her unconditional love for each of us—never judging, only loving.

The end of the song “Sunday Drive: reminds us of the last time we were all together—with both of Rick’s parents—before his dad could no longer travel due to Parkinson’s. We drove to Albion to visit where they both grew up, met, and fell in love. They sat in the backseat reminiscing while holding hands, laughing about when they dated and how Dee would smile and wave at Roselan as she walked by the church he was building, hoping he would notice her. We then went to the cemetery where Roselan’s ancestors were buried. We placed flowers on their gravesites in memory of them and others who have gone before us. We hope never to forget the legacy given to us and our children . . . and their children, including Quinn Roselan.

During these uncertain times, if you have a special grandparent or older friend in your life, take the time to give them a call or send a handwritten letter, thanking them for the “Sunday drive” moments they’ve given you. And, take a listen to “Sunday Drive” — link and lyrics below:

Remember looking up at them in the front row
Hands touched together, almost out of sight
It’s been a long, hard week but now the slow release
Of a Sunday afternoon

And we were only young but they were trying hard to reach us
How was I to know that there was something so worth keeping?

‘Cause we were
Watching the world through an open window
Trees lined up like dominoes
This old car could find its own way home
It’s the ordinary things that mean so much
That’s where I learned it all, from them
To fight, to love, to laugh again
Man, I thought we were only wasting time
Out on a Sunday drive

The song warms your soul just like an old friend
Singing songs along that ribbon of a road
And everyone you love is sitting there, so close
You’re never thinking that you’d ever get old
No, you’ll never get old

Just watching the world through an open window
Trees lined up like dominoes
This old car could find its own way home
It’s the ordinary things that mean so much
That’s where I learned it all, from them
To fight, to love, to laugh again
Man, I thought we were only wasting time
Out on a Sunday drive, oh

I never said where we were going
I just helped them to the back seat
Dad, just laughed and said
“Son, don’t drive too far”
Your mama gets pretty tired these days
After a few miles I guess they recognized some places
And I listened as they reminisced
About a world that they had always known
And how it’s changing
Probably never gonna be the same again

I caught ’em in the mirror, they were holding hands and smiling
Looking younger than they’d been in years
Oh, through all the years 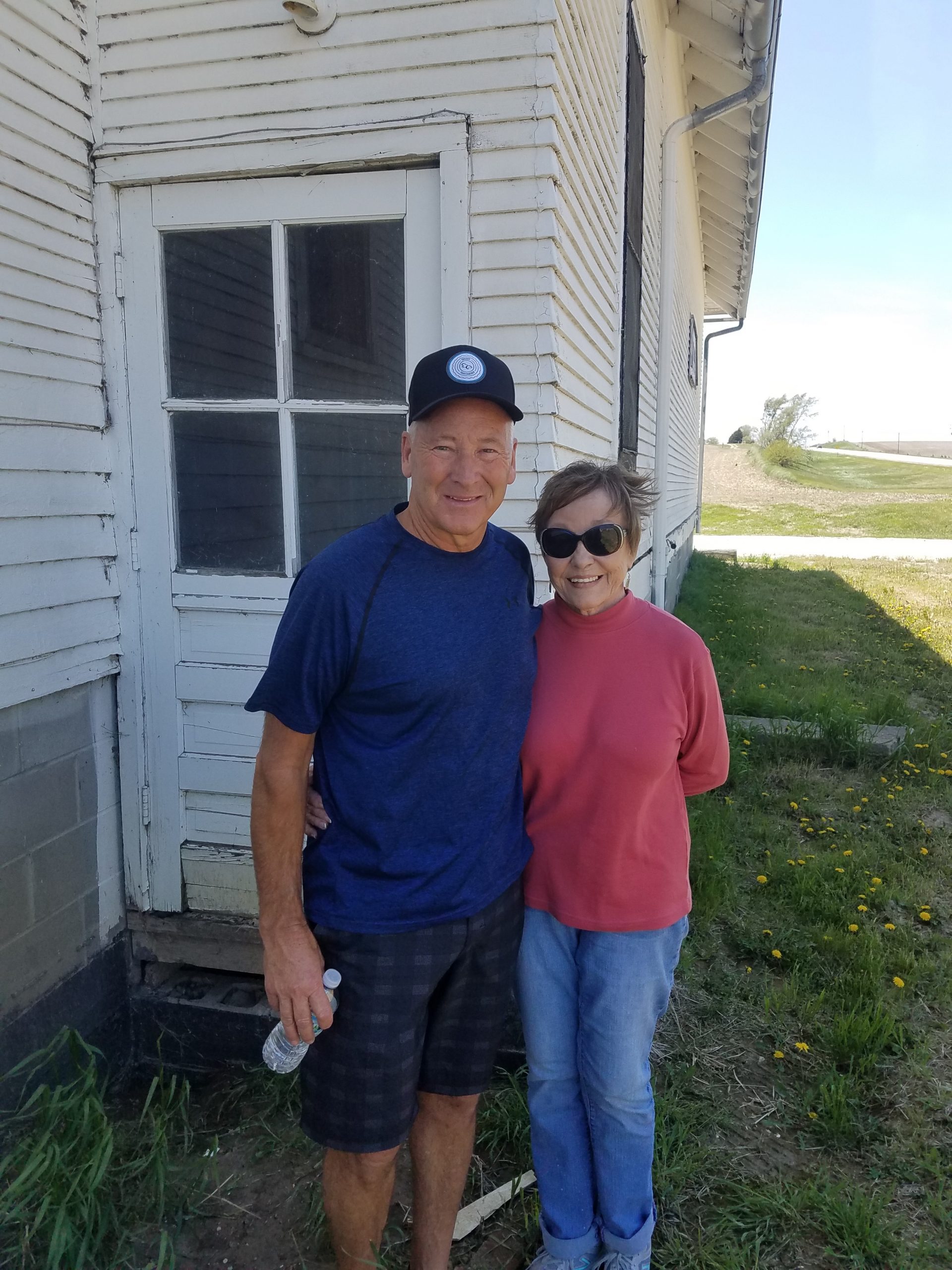 By the way . . . I wrote this post before seeing the official video of the song that looks like it was filmed in rural Nebraska and the little boy looks a lot like my Rick when he was young, growing up in Nebraska. Picture is of Rick with Roselan recently taken in front of the one-room schoolhouse where she taught years ago.

What about you? I’d love to hear your favorite stories of your grandparents, or your children’s grandparents. Please leave a comment, and I hope you’ll subscribe to my blog where I often write about being a legacy maker and wonder seeker. 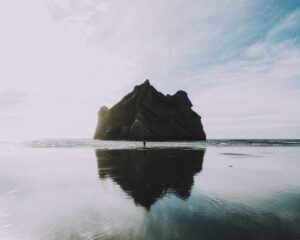 Tucked away in Psalm 18:16 are these words: He reached down from on high and took hold of me; he drew me out of deep 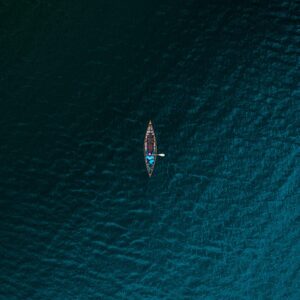 What if it’s not all about us? For years I have read blogs, articles, books and Bible studies that are all about us . . 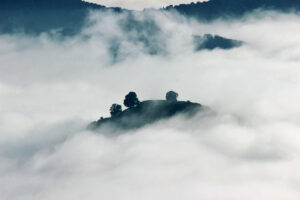 My father, Mark I. Bubeck, was “promoted to Glory”—as he liked to say—on Monday, November 6, 2017. For the weeks leading up to his death, 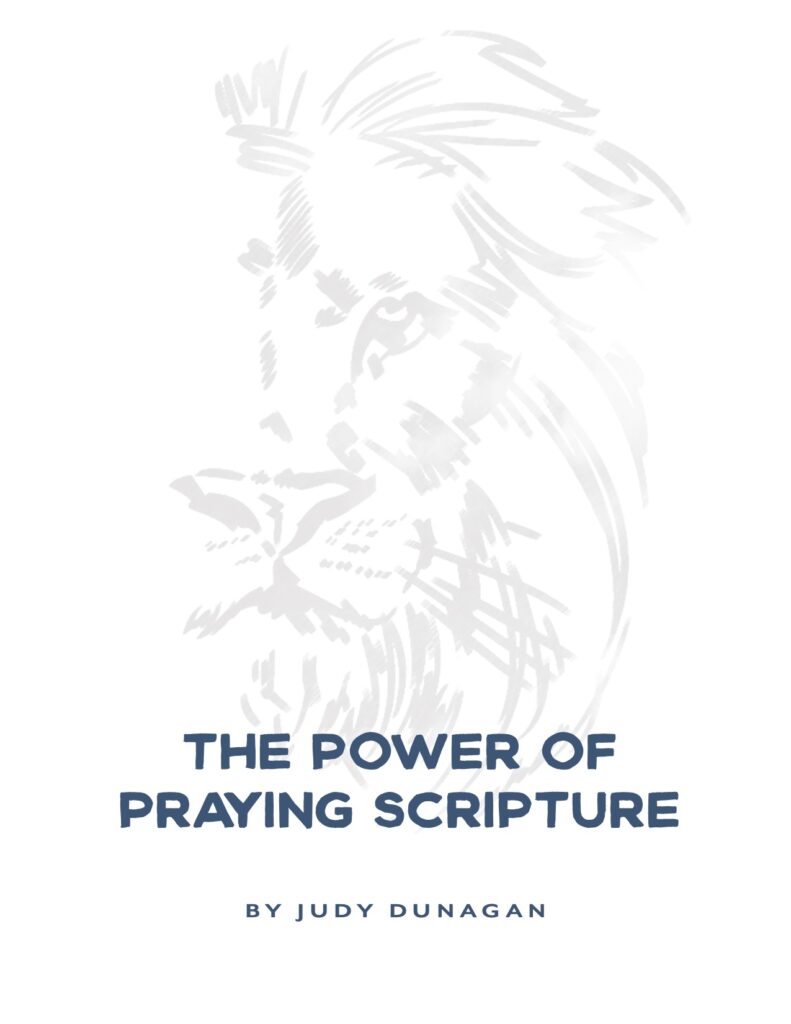