Last year I wrote a post about our Still Christmas where we chose a quiet, still Christmas because of my dad’s death just a month before. Our daughters were celebrating with their in-law families and the only decoration we put out was a treasured manger scene I bought in Warsaw over thirty years ago. It’s a Christmas I will always treasure for its simplicity and stillness.

But this year will be different!

Our Colorado home will be filled with our girls and their dear husbands. And, of course, our almost-two-year-old grandson, Liam, will be there. He will take center stage with his menagerie of stuffed animals, books, cars, and dinosaur toys—and most likely he’ll play with the Warsaw creche. Oh, the wonder of having a toddler BOY in our home for Christmas!

We’ll journey to our Cheyenne Mountain Zoo—with its sparkling Christmas lights and a ski lift tucked against the mountain. Liam will feed the giraffes and roar with the lions. And on Christmas Eve, we’ll line a pew at our church for the candlelight service, where I’ll keep an eye on the candle that toddler Liam is holding.

I’ve dreamed of a Toddler Christmas for years, often watching the awestruck grandmas holding new grandbabies while celebrating the arrival of the newborn King. This Christmas will take me back to Christmas of 1988 when we surprised our parents with the news we were expecting our first baby, now Liam’s mama. The room exploded with joy that Christmas Eve when we told them our first baby would arrive August 1989, now almost 30 years ago.

That makes me think of the most spectacular baby announcement ever given in the Gospel of Luke, chapter 1, where Angel Gabriel announced to a teenager that she would give birth to Messiah Jesus. What WONDER AND AWE  . . . and FEAR that must have washed over dear Mary as she tried to comprehend what was spoken over her.

I love how the angel took time to tell Mary that her old cousin, Elizabeth, was six-months pregnant with her own miracle baby. When you first read this account (vv. 36–37), it almost seems that it’s an afterthought, as though the angel just decided to tack on something like, “By the way, I thought you’d want to know that your old cousin is pregnant too.”

But instead, I know the heart of our God and I think this was all about letting Mary know that she wasn’t alone. I like to imagine that her Everlasting Father told the angel before he left for Earth, “Hey, while you’re telling Mary about Jesus, let her know about Elizabeth. I think that will really encourage her heart.”

After the angel’s visit, Mary rushed to her cousin’s home. Luke tells us that as soon as Elizabeth heard Mary’s voice, her baby leaped in her womb.

What wonder to think that while still in his mother’s womb, John the Baptist was preparing the way for our Lord Jesus, confirming for Mary that she carried the Messiah King.

Two miracle babies yet still in their mothers’ wombs. One, who just three decades later would be martyred by a wicked king, and the other who not long after would die for the sins of the world.

With Elizabeth’s words, Mary was filled with such awe that she immediately turned to a song of worship for her Magnificent Lord (vv. 46–55).

What a sacred, holy moment for those two mothers.

We’re told Elizabeth was six months pregnant when Mary arrived and that Mary stayed for three months. You do the math.

Our Immanuel knew that they needed each other. Mentor and mentee, laughing and crying while sharing their miracle pregnancy stories with silent Zechariah in their midst.

I like to think that Mary stayed until John’s arrival and then journeyed home soon after with a heart full of wonder—anticipating the birth of her Baby King.

In this Advent season, take time to read Luke 1:26–56 to savor this familiar Christmas story as if you’ve never read it before. And, I’d love to hear from you—please share how this passage has touched your heart over the years—or what you’re planning with family for Christmas. 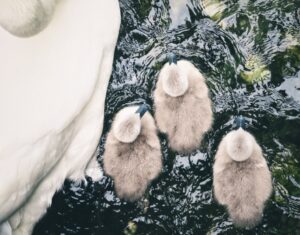 If I rise on the wings of the dawn, if I settle on the far side of the sea, even there your hand will guide 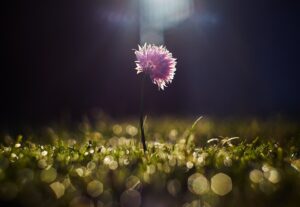 I remember clinging to Psalm 91 while our family lived in China back in 1995 as if it was oxygen giving me my next breath. 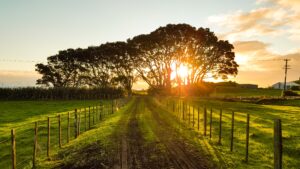 “Therefore, since we are surrounded by such a great cloud of witnesses . . .           let us run with perseverance